We are very proud of the incredible team we have, every team member brings a wealth of experience and talent to our club.

Our commitment to our athletes is the cornerstone of our club, and our team members are here to ensure we provide the best training experience. We are developing an academy like atmosphere that will support the growth and advancement of our athletes. From beginners to elites, we strive to thoughtfully give our athletes the technical expertise, strategic intelligence and the opportunity to develop interpersonal skills all while gaining competitive experience. 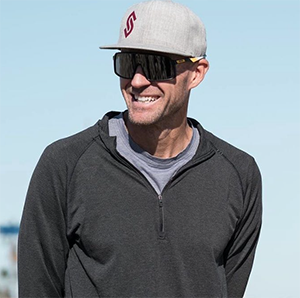 Founder, Director and Head Coach, Jacob Spiker Gibb, had a long and successful career in professional beach volleyball. Jake began his professional career in 2001 and been setting records ever since.

Jake officially retired from pro beach volleyball in 2021 after competing in his fourth Olympics, but his story is not done yet. He is now focused on developing the next generation of elite players by establishing Spiker Beach Volleyball Club.

Marty Suan started playing in high school in his hometown of Perth, Western Australia. As a junior he represented Australia at the first FIVB U21 World Championship and as a senior on the World Tour.

When Marty retired from playing, he turned his attention to coaching. While at the Australian Institute of Sport, Marty led the developmental men’s program and assisted the senior national teams. He coached on the World Tour and numerous FIVB Junior World Championships before returning home to co-found Perth Beach Volleyball School. He rejoined the World Tour in 2013 and in 2015 was awarded Volleyball Australia’s Coach of the Year. 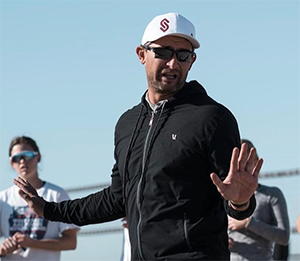 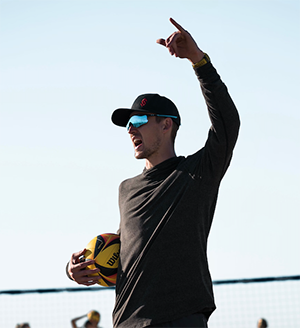 Chandler Gibb is an accomplished All Tournament MPSF setter who played for Concordia University, Irvine. Chandler then played for Team USA in the 2019 World University Games. After earning his Master’s in Creative Writing from University of Nottingham, Gibb was offered the opportunity to coach volleyball. Chandler has been a coach with Tstreet since 2019 and is currently the 18-1’s head coach.

Annika Roland and her Twin sister Teegan Van Gunst played indoor volleyball at Georgia Tech. Rolland finished her career along with Teegan as one of the nine players in Georgia Tech history to surpass 1,000 kills (1,019) and 1,000 digs (1,112). They both then played one season of beach volleyball at Georgia State. Annika began her professional career in 2018 on the AVP with her sister and joined the FIVB in 2020. 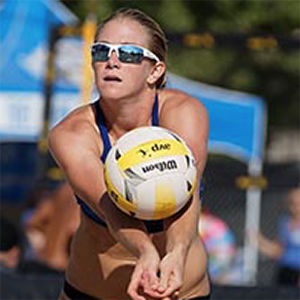 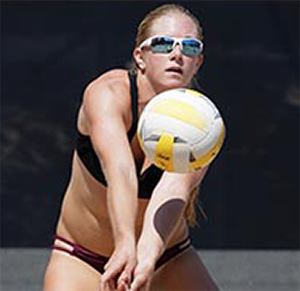 Teegan Van Gunst was the 2012 Georgia Gatorade Player of the Year as well as a finalist in the PrepVolleyball.com National Senior Player of the Year while playing at Georgia Tech with her sister Annika Roland. Van Gunst was a two-time Honorable Mention AVCA All-America selection and led the ACC in kills as a junior. Van Gunst was the 2016 ACC Scholar Athlete of the Year. She left the program as one of nine players in Georgia Tech history, along with her twin Annika, to record at least 1,000 kills (1,453) and 1,000 digs (1,262). They both then played one season of beach volleyball at Georgia State. Teegan joined the AVP 2018 with her sister and in 2020 began to play on the FIVB tour.

Xi Zhang known as Cici, is a Chinese born native and an accomplished beach volleyball player. Cici is a 2-time Olympian and has won 15 FIVB titles. In 2008 Zhang was named as the FIVB Most Outstanding Player, and in the same year, Cici and her partner won the Bronze medal at the 2008 Summer Olympics. She won a Gold medal from the FIVB Women’s Tour in 2010 and came fourth on the FIVB Beach Volleyball World Rankings that same year. In 2011 Zhang was awarded the title of FIVB Best Defensive Player. Together with her partner, she reached fourth place at the London Olympics in 2012. In 2013 Cici decided to take a break to focus on her studies and complete her bachelor’s degree. In 2016 she moved to the United States to continue her studies for a Masters at Long Beach State, and she also decided to compete again on the AVP tour. 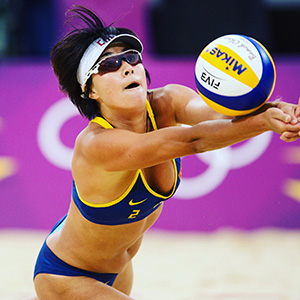 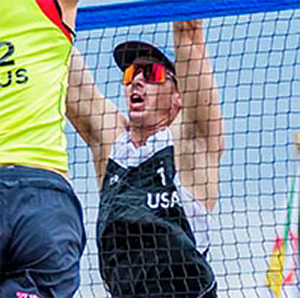 Andy Benesh was a First Team All-American in high school as well as being a member of Volleyball Magazine’s Fab 50 list. At Southern Cal he was a four-year starter as a middle blocker. As a freshman his hitting percentage was fifth in the nation, just shy of the school record. As a senior he led the team in hitting percentage, blocks, and aces, finishing sixth in the country. Benesh was a member of the 2014 and 2015 U.S. Men’s U21 National Teams.

After college Benesh went on to play professional indoor volleyball in Switzerland. He started his professional Beach Volleyball career in 2018 and made his FIVB debut in 2021.

Melanie Fleig was a member of the Junior National Team in 1998 and 1999, and then the U-23 German National Beach Volleyball Team 2000-2002. In 2000, she placed fifth at the European Beach Volleyball Championships. She began her collegiate career at Long Beach State where she played for two years before transferring to the East coast. As a junior she was second-team all-Northeast Conference as an outside hitter for Long Island University.

Flieg began her professional career in 2010 on the AVP. Her mother, Gudran, and father, Helmut, were both alpine skiers. 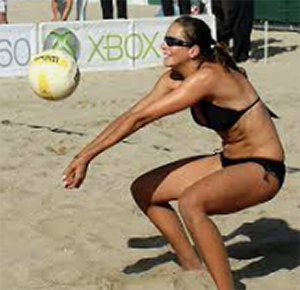 More about our club